The Church is at a crossroads

Shortly after the second Vatican Council some Catholics were openly in disagreement with some of the Church teachings that resulted from the Council. The members of the St. Pius X Priestly Brotherhood broke ties and went their own way under the leadership of Archbishop Marcel Lefebvre of Tulle, France; and even though they eventually came back to the flock, their public attitude impacted several layers of the church with various degrees of intensity throughout the years that followed. With the election of Pope Francis, and his interest in recovering and revitalizing the fruits of Vatican II, some Church officials from different countries have been opposing his papacy. This situation was clearly described by theologian Massimo Faggioli, professor of Theology from Villanova University in Pennsylvania. One of Faggioli’s articles, which the Pedro Arrupe Jesuit Institute is publishing herein, clearly addresses the lack of support and solidarity that some officials of the American Church exhibit towards Pope Francis’ message. The situation has gotten to the point that Arturo Sosa Abascal SJ, Father General of the Society of Jesus, describes it as “a conspiracy of the ultra-conservatives against the papacy and the (Vatican) Council”. This statement is one of the many warnings about an upcoming clash.On one side there is the Church of the poor and the forgotten, with a synodal vision of the Church, for whom the essence of the Church is not limited to the sixth commandment and the teachings against abortion but encompasses many other things that, although not necessarily specified by name in detail by any of the ten commandments, nevertheless constitute the essence of the Gospels.  -  On the other side there is the Church centered on power here on earth, luxuries, and ultra-clericalism. This conflict is already apparent, and we ask the Holy Spirit to enlighten all the faithful so that we can again become a Missionary Church that is centered on following and living out the message of Jesus Christ. Both articles, the one by professor Faggioli and the one by Father General Arturo Sosa SJ, can be accessed by following the links below.

Institutional Church and Academic Theology in a Time of Catholic Disruption

Cardinal Muller and Rodrigo Guerra on the Amazonic Sinod.

Fr. Thomas Massaro, S.J., is Professor of Moral Theology at Fordham University. A Jesuit priest of the Northeast Province, he served as professor of moral theology at Weston Jesuit School of Theology in Cambridge, Massachusetts, at Boston College, and at Jesuit School of Theology of Santa Clara University, where he also served as Dean. Father Massaro holds a doctorate in Christian social ethics from Emory University. 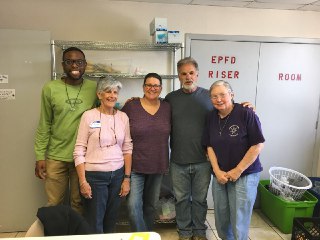 Silvia Muñoz is in charge of our Department of Social Action and is our contact with Jesuits with Migrant for Central America, México and the U.S. This is her description … END_OF_DOCUMENT_TOKEN_TO_BE_REPLACED 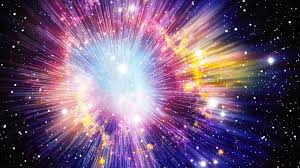